Silvia Radu and Valeriu Ghiletchi, independent candidates for presidential elections in Moldova share the opinion that the state is influenced by some political groups. Politicians did not name oligarchs whocurrently controlthe situation in the country. This was discussed in a debate organized by the Centre for Investigative Journalism under the project “Transparent Presidential elections".

"I believe that  the state is influenced by certain political groups, including oligarchs. I cannot agree that it is controlled by oligarchs. I think that when the Communist Party was at power, state institutions were more captured than today, but this is the real situation of the Republic of Moldova. One of our tasks, of the society and of the future president is to minimize political control over state institutions, particularly over the judiciary, because we all want an independent judiciary", said Valeriu Ghiletchi. In order to justify the perception that there is some control of some political groups over state institutions, the MP invoked the trials against Vlad Filat.

"I said about it both at Parliamentary Assembly of the Council of Europe and at this debate. These trials  must be public. I do not understand why it is difficult to ensure transparency in these  trials and it seems that there is a political dimension to all these decisions ", said Ghiletchi.

"I am convinced that what we have now in Moldova, is a country where politicians have forgotten that they must serve the people. We have state institutions captured by politicians who do not understand that their function is to serve the Moldovan people. Citizens of Moldova should ask themselves why this constitutional principle by which people is the real ruler, cannot exercise its power”,  replied Silvia Radu when she was asked if Moldova is a captured state.

The two candidates for the seat  of president of the state avoided telling names of any oligarch. “First steps in politics are done. It's a fight without rules. For me it's a shock, I tell you frankly. Unfortunately, potentialbusinessmen feel injustice when they want to start a business", said Silvia Radu.

Decline of PLDM and political project of Silvia Radu

In the electoral debate, Valeriu Ghiletchi explained on the reasons of the decline of the Liberal Democratic Party in Moldova (PLDM). "The PLDM hasnot managed quite well that crisis after thearrest ofVlad Filat.  MPs within the party voiced  election of a new party leader, to revive the party, be at power and ensure the electoral program which we assumed. It did not happen, the congress was not held and a new leader to replace Vlad Filat was not elected. Subsequently, ValeriuStrelet was dismissed from the seat of PM. Valeriu Strelet had a good potential to take over the party leadership, but hesitated. We tried together to manage this situation and we failed. Since I was MP of the PLDM, I witnessed a very tough battle between these two parties (PLDM and PD). My vote (for investing Government Filip) was one of persuasion, I have not taken any money from anyone, I did not discuss this vote with Vlad Plahotniuc, I did not have either private or general discussions. After the fall of the government led by Valeriu Strelet, I have consistently advocated for the participation of the PLDM in political life", said the MP who was excluded this spring from the faction of the Liberal Democratic Party in Moldova.

Silvia Radu revealed in debates that after she quitted Gas Natural Fenosa, she had intended to launch a political party, she worked over this project, and later she had the opportunity to participate in presidential elections. "I did not say that I give up the idea of political project after the presidential elections", replied Radu, when she was asked if she had abandoned the idea to create a party. 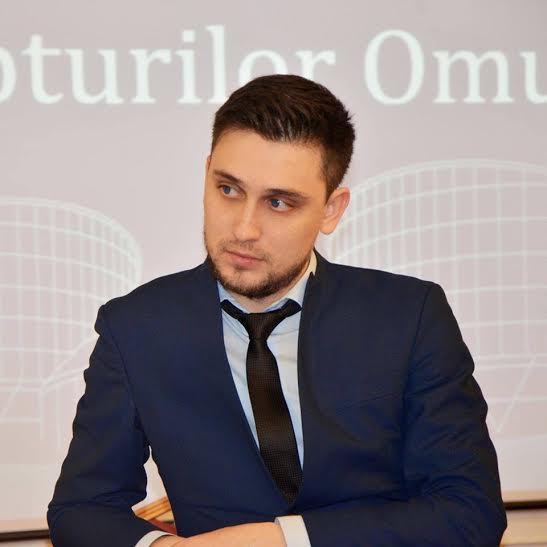