They work by halves and leave children defenseless rather than protecting them. It's about some mayors, doctors, social workers and teachers who are required by law to work together to protect children. After the inter-sectoral mechanism of cooperation for the identification, assessment, referral, assistance and monitoring of child victims and potential victims of violence was adopted 2 years ago, some professionals just register the cases of violence and do not intervene to solve them. While experts invoke lack of time and resources, experts in child protection claim that inaction of authorities could be fatal for children.

A woman from the north of the country found herself in court. She has been taking care of two nieces (aged 9 and 14 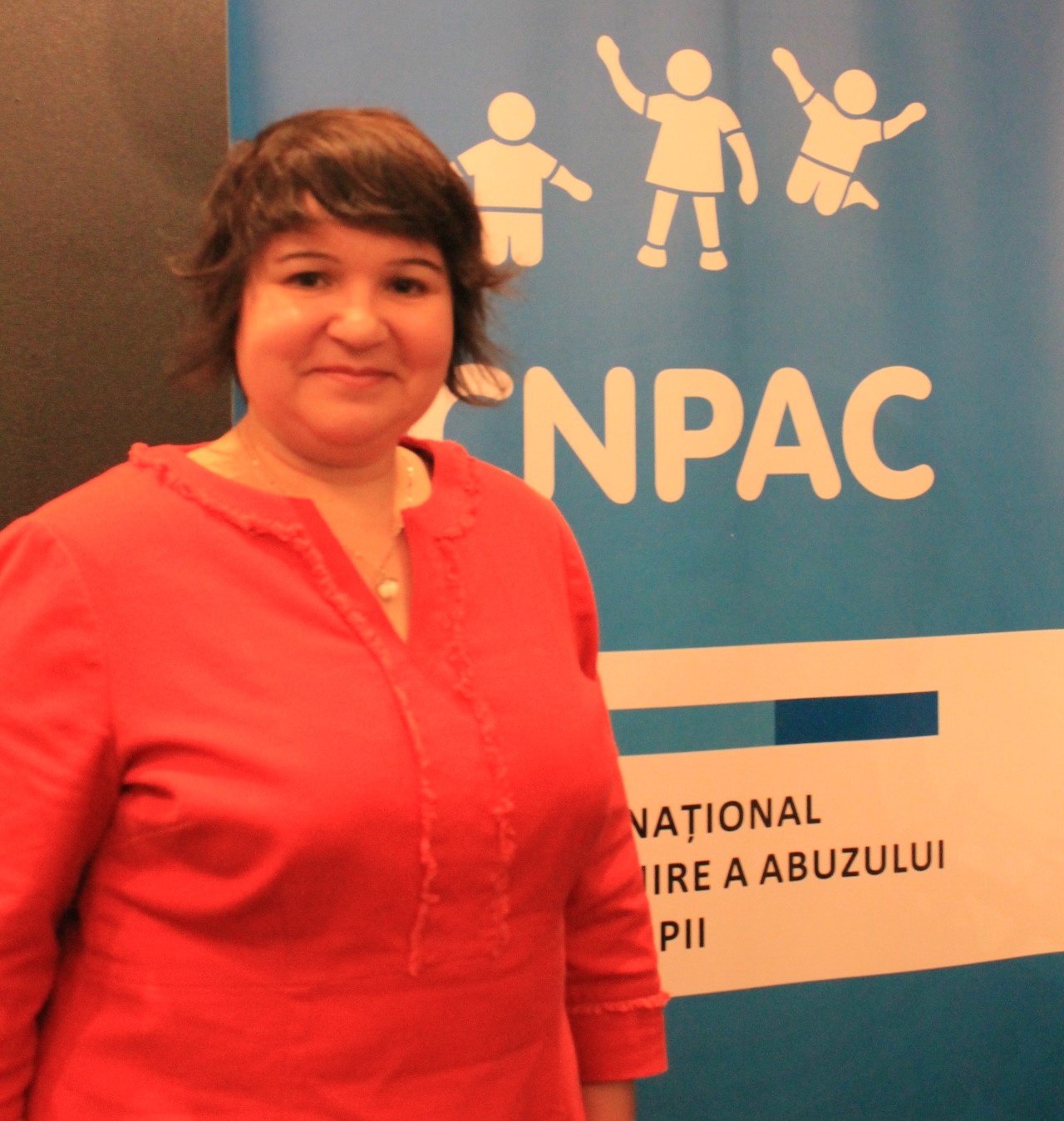 respectively)  for many years. Their mother abandoned them as she had gone abroad. In the period when the woman was abroad, she did not care about the children, but when she returned to the country, she decided to take them home. The two sisters did not even want to hear about that, because their mother neglected them and resorted to physical abuse. The professionals did not assess the situation and did not  find out why the children did not want to leave their aunt and they went to the house of the girls to take them and bring them to their mother.  The situation worsened when the woman filed a complaint to the police and said that her children were kidnapped by their aunt.

Rodica Coretchi- Mocanu, psychosocial program coordinator at the National Center for Child Abuse Prevention (NCCAP) argues that in this case the reaction of guardianship authority was absolutely inappropriate and inconsistent with inter-sectoral cooperation mechanism.

"Specialists have not conducted children protection interview. The authorities have tried to persuade the two girls  that it's better for them to live with their mother,  though they did not perform any assessment to show the real situation", says Rodica Coretchi-Mocanu. As a result, the woman who cared for children had to flee the village practically with both girls and live for months in another village, in a rented house. Respectively, the girls did not attend school in the first half of last year.

Specialists  from  NCCAP  did a psychological evaluation of girls and found that they had been abused by their mother in childhood, during which they have very bad memories. The psychological evaluation report was presented to the guardianship authority and Police as support for adopting some decisions aimed to protect these children. Currently, the two children live with their aunt, but the latter still appears at the court to prove her innocence.

While some professionals commit serious errors, others do nothing to protect the child and thus tragedies happen. It is the case of a teenager aged 15 who was physically and sexually abused by his biological father while her mother was away working abroad.  As she could no longer endure the ordeal, the girl ran away from home several times. The authorities brought her home again and again where she was beaten and humiliated, without trying to find out the real cause of these escapes. When the case came in the attention of specialists from NCCAP, they found that  the community social worker knew that she often ran away from home, missed school and was beaten by her father. The specialist thought that the girl deserved physical punishment  and which  is why she did not act to protect her. Currently, the teenager lives with her aunt and needs psychological support to overcome her trauma. "This situation is caused by the fact that the authorities thought that it was normal for a children to be punished by beating, including for running away from home because she witnessed violence," says Rodica Coretchi-Mocanu. 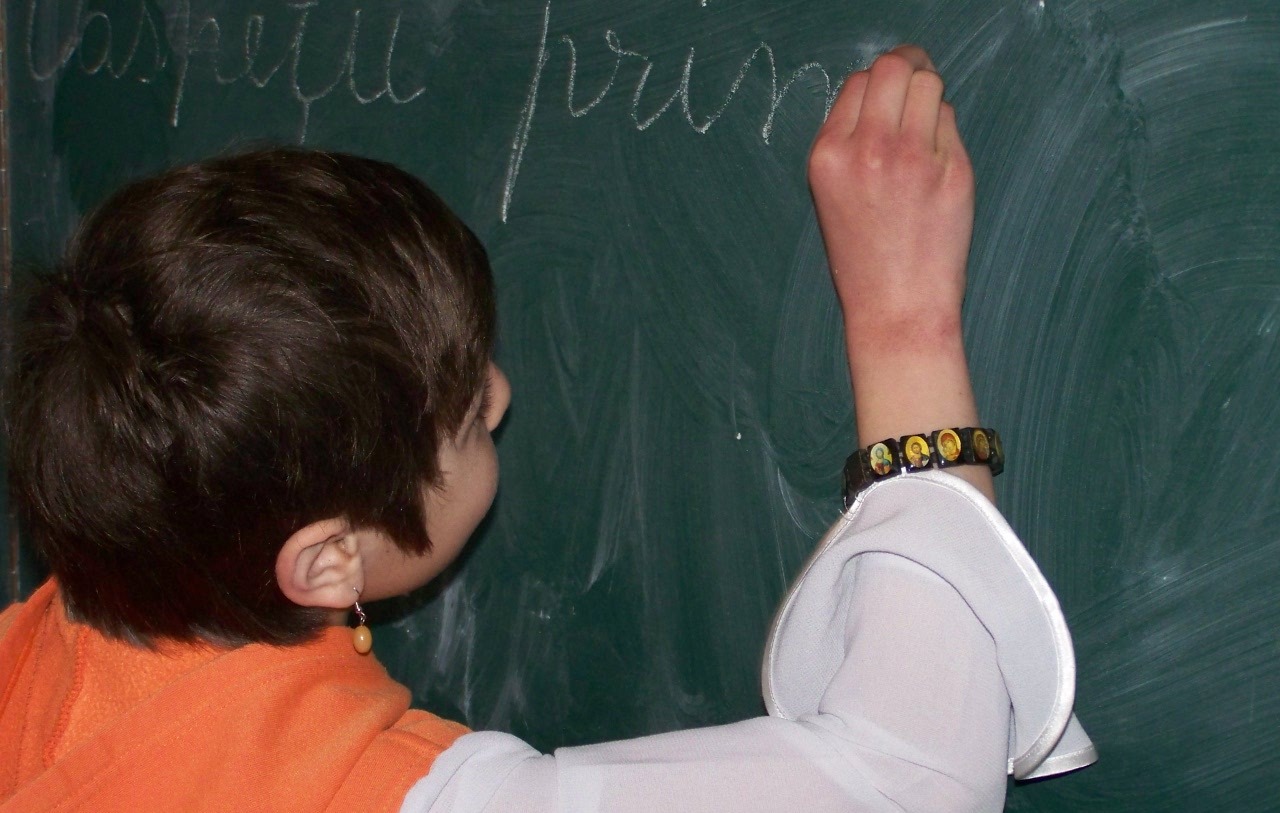 They wait for adulthood to exclude children’s protection

In another case, the authorities refused to intervene in a situation of physical abuse and escape from home because ... soon the child reaches adulthood. Alina, a teenager aged 17 had to run away from home because she could no longer endure beatings from his stepfather. The latest incident happened six months ago, she was struck violently in the face and back. After she left home, the girl lived for a while with some friends, and later moved to the parents of her beloved person. Authorities have not applied any form of child protection. The reason - the girl will reach adulthood and then she will be excluded from the child protection system.

”I had to return home, but beatings continued...” 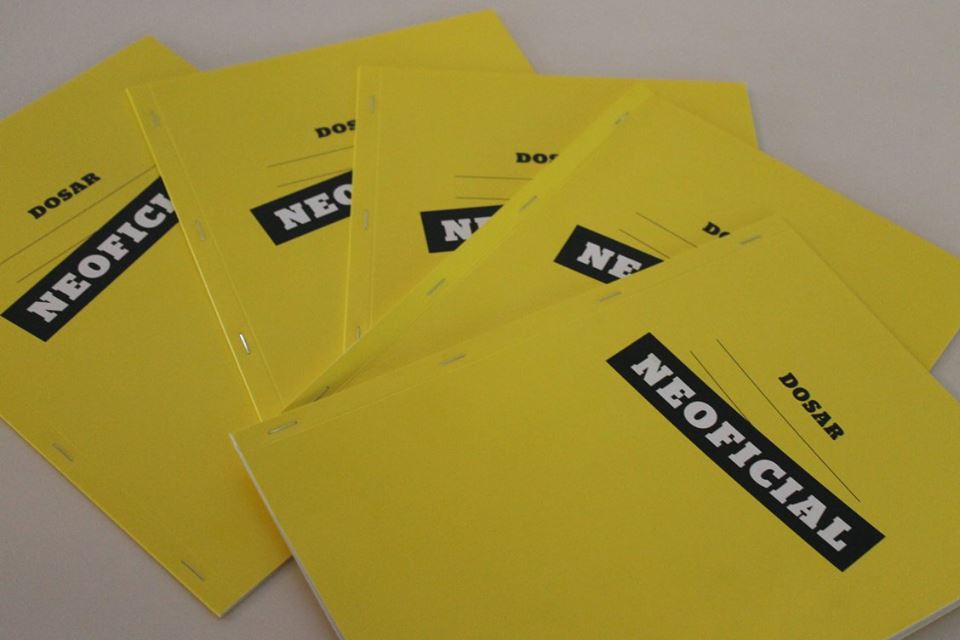 Representatives of another NGO “La Strada” speak about lack of efficiency and response from the authorities.  The organization has recently launched "Unofficial file" - a collection  of testimonials-file of six from hundreds of children, victims of sexual abuse. Through these testimonials, the collection reveals the problems of the child protection system and the lack of action from the side of the professionals.

"When I was arguing with my dad and he beat me and chased me out of the house, I asked teachers to inform the Mayoralty about my case.  But nobody wanted, nobody believed me. I had to go back home and beating continued", says a teenager aged 15, one of the protagonists of the file.

"Teachers do not help me. When they pass by my desk, they do not pay attention. Children ignore me ", says a teenager aged 13.

"In all these cases,  the abuses would have been avoided if the adults  had intervened and  had  tried to prevent the tragedies that followed," says  Ana Revenco, executive director of "La Strada". 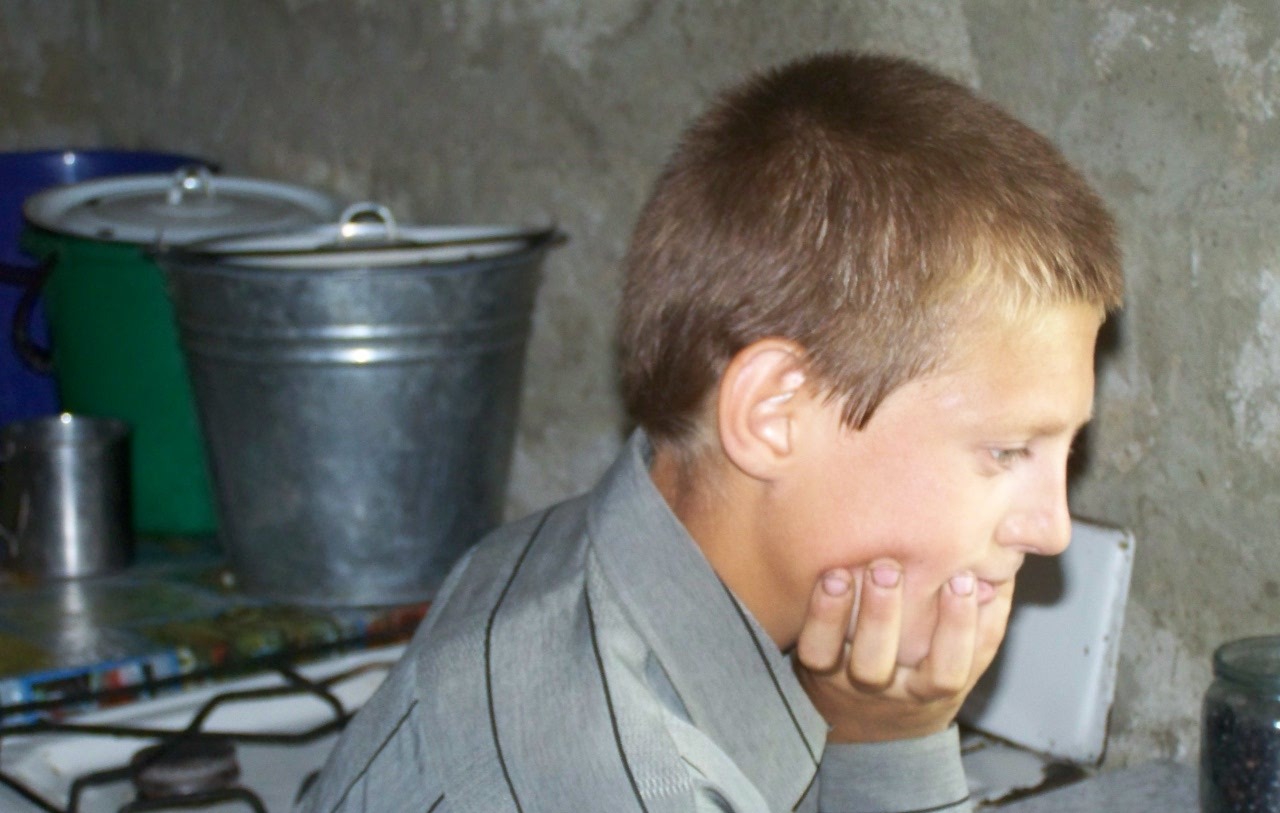 According to the expert, the Moldova system is built in a way to answer the system’s needs, and not the needs of the child; and the specialists are focused on registers and statistics rather than the real problems of the children. "The state keeps failing. The specialists ignore the situations of risk the children are in, as well as their needs. Children need to be listened, heard and helped at their first request; get affection and be protected. The specialists’ interview is frequently limited to filling in a form about the family financial situation, but nobody asks the question about what the child really wants", said Ana Revenco.

Mistakes are caused by ignorance and gaps in legislation

Experts say that the authorities fulfill their obligations by halves in very many cases. Mistakes are caused by ignorance and 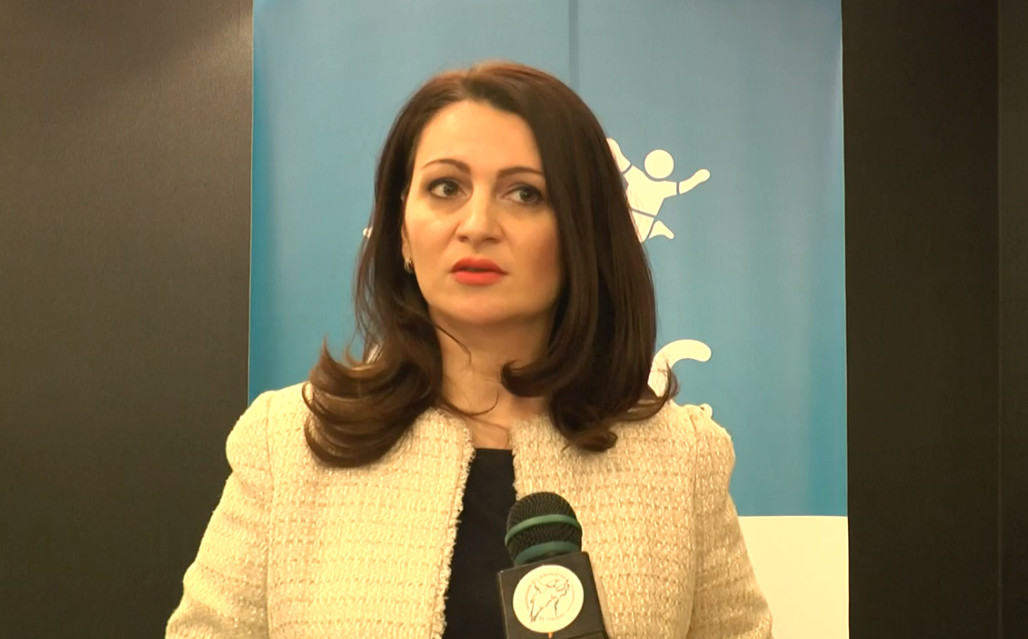 gaps in the legislation. According to Daniela Samboteanu, president of the National Center for Child Abuse Prevention (NCCAP) the professionals for child protection   fill in just the acts of apprehension.

"They think that they must just fill in the act of apprehension, but there are many other things which the professionals must do, first- to find solutions for the child and to take measures to protect him.  By this mechanism, they inform the relevant authorities about  an imminent danger for the  life and health of the child. After the professional has the first discussion with the child, they outline the next steps to be taken by other specialists. It is not necessary for other specialists to discuss again with the child and to re-victimize him and make him tell many times the same case", says the expert. 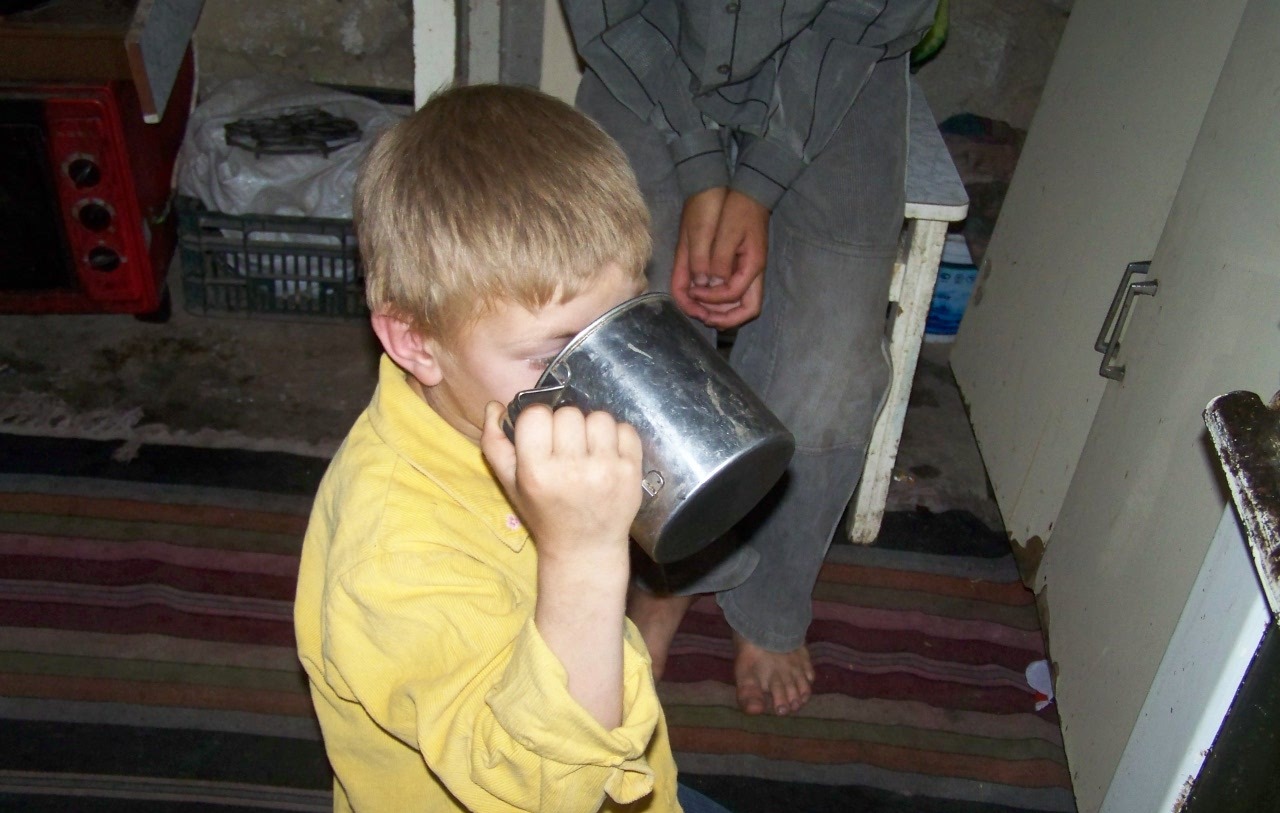 According to her, after the act of apprehension is drawn, concrete steps should be taken such as requiring protection order or measures for retaining the abuser if there was registered a crime against the child. Similarly, if necessary, the child must be consulted by a doctor or psychologist.

If we follow the logic of our legislation, cases of abuse or violence against a child should not happen only in the  working hours of professionals  for child protection. That's because the state does not provide a mechanism for intervention outside working hours of these specialists. This gap creates serious problems, says Daniela Samboteanu.

"It is impossible for the guardianship authority to achieve off-duty intervention, but most cases of child abuse happen on weekends, evening or night. No one has the right to take any action. Even if there is a service, no one can leave the child without the decision of the guardianship authority, as it is required by law on special protection of children at risk and children separated from their parents", says  the president  of NCCAP. 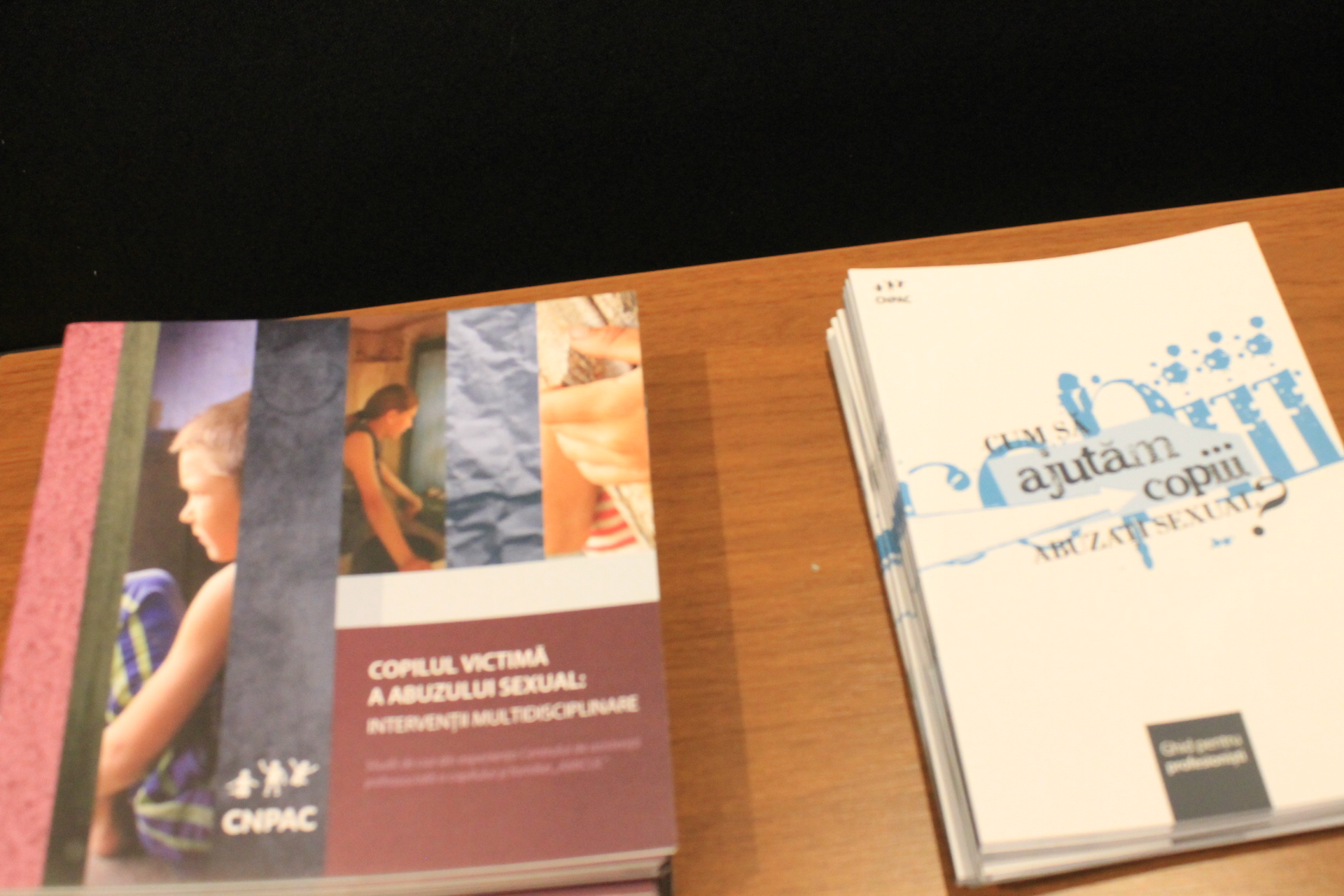 According to her, the state can solve the problem if employees from the territorial divisions of social assistance serve as guardian authority by rotation on weekends or outside working hours. "The working hours could be recovered. The Labour Code provides solutions in this regard,  and I think that this would not be expensive. Thus, we would prevent serious cases when we call child protection professionals, and they tell us that they have a day off", says Daniela Samboteanu.

The recent study of NCCAP  "Opinions and perceptions on the state's response to  child abuse cases" shows that over 35 percent of citizens believe that people do not report cases of child abuse on the grounds that they do not trust the state institutions.  Also, every fifth respondent fears authorities.

The investigation was carried out within the project "Advocacy for Child Rights" implemented by the Center for Investigative Journalism (CIJM) with the support of UNICEF Moldova. The opinions are of the authors and editors and do not necessarily reflect the policies or views of UNICEF.