VIDEO// Long way back home: „I will never return to the boarding school”

Over 70 children from the auxiliary boarding school Grinauti-Moldova in district Ocnita reintegrated into their families and in the community after the institution was closed. They do not want to ever return to the boarding school that deprived them of childhood.

Though the boarding school in Grinauti  is for students with mental retardation, the lists covers healthy children, who were born in poor families or lag behind at school. The authorities rather isolated them than to help them. They have never thought of compromising the future of these children.

The Boarding school had a budget of 4 million lei, enough money for 4 active ordinary schools with 100 students each for a period of one year. Though the costs were very high, the conditions left much to be desired, so former disciples do not want to talk about years spent in this boarding-school. 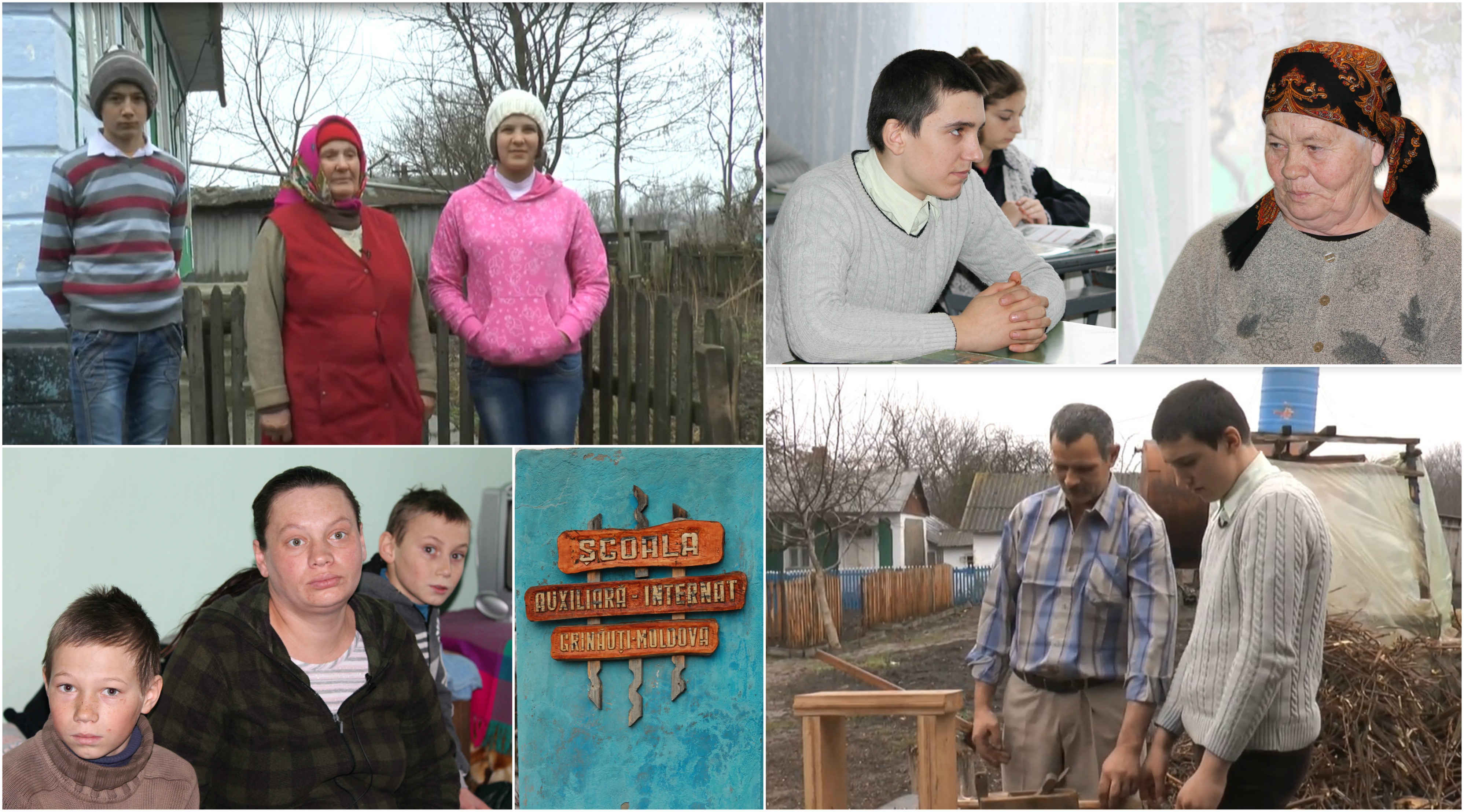 ”There were more than 10 beds in the bedroom. I did not give my clothes for washing as I risked not getting them back. I washed them myself and I dried them on the radiator”, says Valentin, a boy aged 14 from village Mihalaseni, district Ocnita. He said that his favorite food at the boarding school was tea and bread, but he could not eat the porridge and the soup. Valentin and his sister Carolina went to the boarding school Grinauti-Moldova, after their mother died and their father disappeared. Grandma established guardianship of children but the authorities did not provide any financial aid for children’s care.

The children stayed at the boarding school for 2 years, they longed for home, so every Friday they walked 4 km to return to their small room.

Situation has changed last year, after Valentin and Carolina,  like other children from Grinauti-Moldova returned home with the help of the association CCF-Moldova ”Child-Community-Family”,  that assisted the process of school reformation. CCF-Moldova bought a house for them  in the village and school supplies. Though their new house needs some reparation, the 3 of them are happy to live together.

”It is much better home. We are a family”, says Carolina and her smile betrays happiness.  They are doing well at school though they lagged behind while they lived at the boarding school. They are assisted by a teacher who helps them.

There was a law– children should be taken to boarding school...” 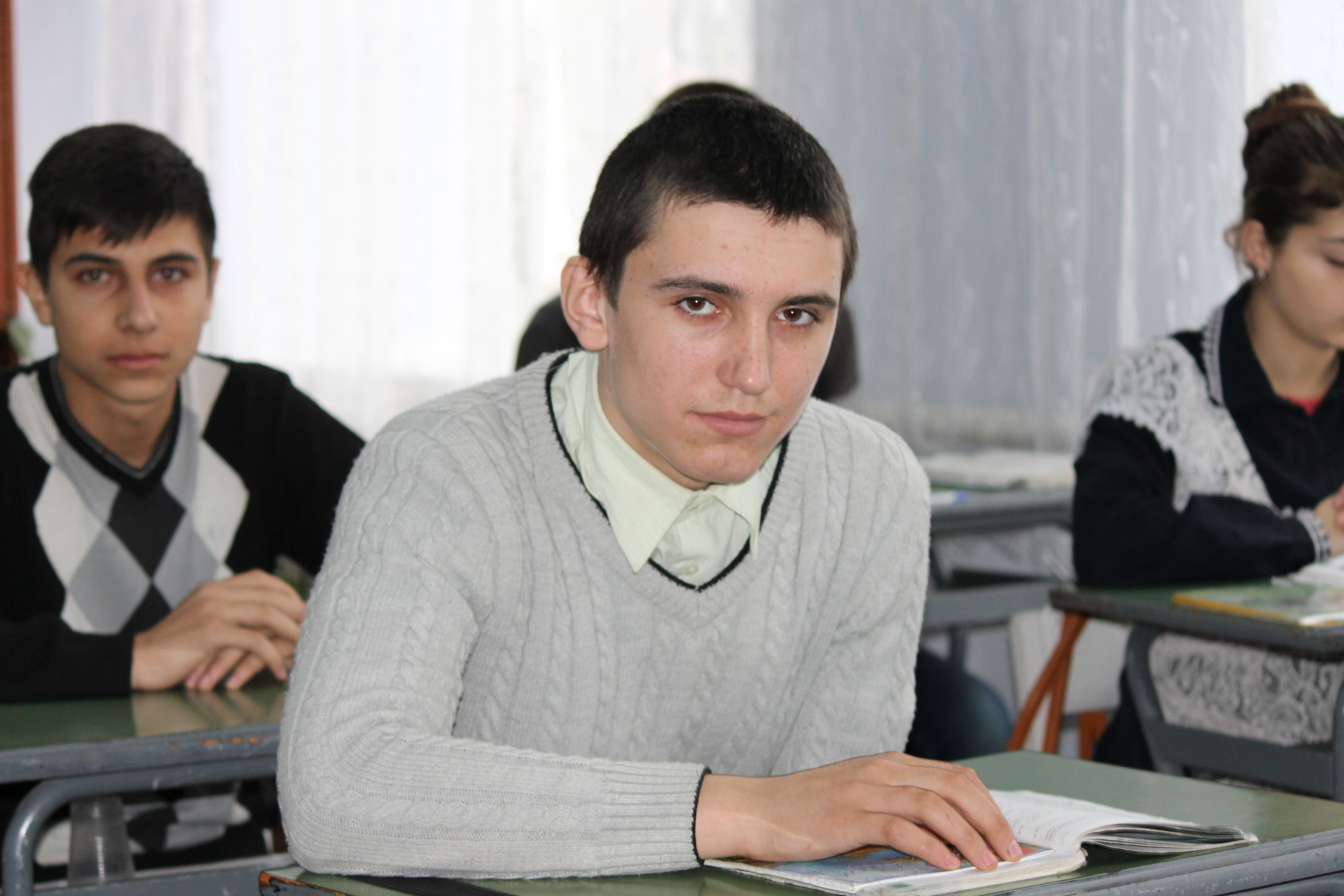 While auxiliary schools were closed in some localities, children were easily enrolled at Grinauti-Moldova. They have been living in this school for years. In majority of cases, families could take care of them at home if they had some moral and financial support from the authorities.

It is the case of Miroslav, the only child in village Garbova who lived at the boarding school. He was in the first grade and he graduated the first semester. He found that he could not study in the school from the village anymore because he did not well enough.

His parents hardly gained control of their emotions when they were talking about the separation from the child. "There was a law saying that he must go. We had no choice", says the boy's father. In the coming years, the family has been trying to recover the child, but the administration refused to issue necessary documents.  Their dream came true only after boarding school was closed.

From 1 September, Miroslav learns in the class which he left eight years ago. It is an exemplary student and a reliable friend, say their colleagues. Miroslav has to catch up with his colleagues. He studies based on an individual educational program and at the end of the year he will pass exams of gymnasium graduation. "I will be a carpenter, so I can help my father. I know how to make wooden tables and others", says the boy.  His parents, teachers and the social assistant from the village help him every day.

Teachers say that Miroslav did well in just several months since he came to this school. ”He integrated in the first days both at the lessons and at extra activities”, says Raisa Dimitras, boy’s teacher.

The teacher said that Miroslav started learning the alphabet at the lesson of Romanian language and literature, though this child attended lessons of Romanian in the auxiliary school, and someone was paid to train him. 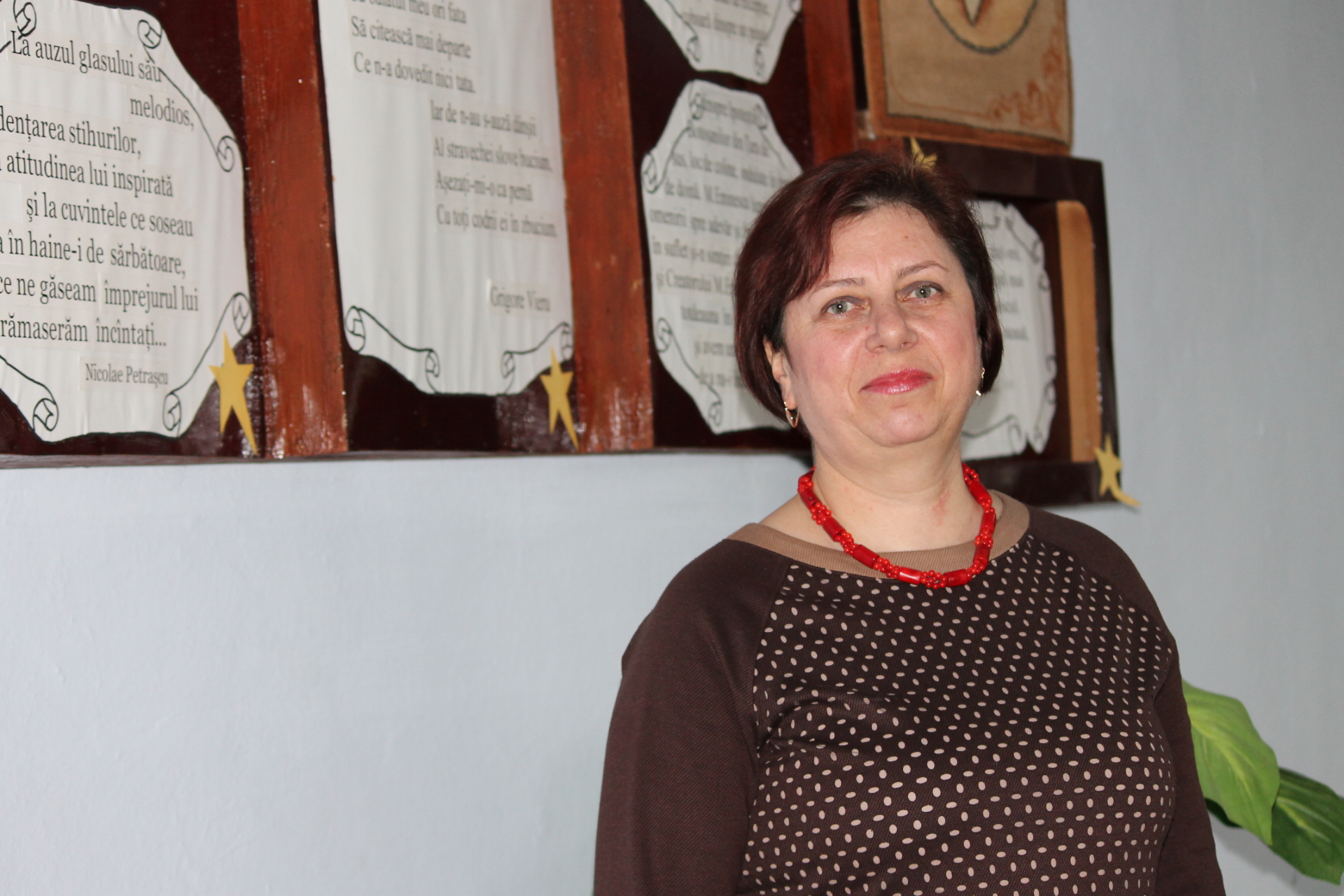 They reached the boarding-school because of poverty

Though they are twins, they do not resemble to each other.  Ruslan is not sociable while the other brother is very talkative. One of them is fond of football, the other boy- of painting.

When they speak about the period when they lived in the boarding school, they remember about the visits of their grandmother. The woman visited them several times per month, though it took her much time to reach the institution- she went by train and then she walked a distance of 5 kilometers.

”When I took them to the boarding school, they were clean, well-dressed and later when I visited them; they wore dirty clothes, they had lice and dirty nails. I went to the director for explanations”, says grandmother. The grandmother returned home and she was determined to take them immediately home.

Valentina, mother of the 2 boys said that many of children who stayed in the institution, had their parents abroad in Italy, Russia and other countries.

Ruslan and Sergiu returned home 2 years ago and their family and teachers at school help them to educate them. ”Sergiu did well at school but he fell behind while he was at the boarding school, so he had to learn from the very beginning. The teacher encouraged us and told as that she would help them”, says the granny of the 2 brothers.

The pupils fell behind in a period of 8 years at auxiliary boarding school. They gained little knowledge at this institution and when they graduated it, they received a certificate that did not enable them to go to a college or lyceum. Their only option was to go to vocational schools that had a limited number of specialties.

Many children said that they worked in the community, at stables or they tilled the lands of villagers. ”When they return to the community, they find a job and abandon school.  We explain to them that school is more important than the money which they receive for a workday”, says Lorina Ghitu program-manager at CCF-Moldova.

”A boy said- I will not return ever again to this institution. He was in the VIII grade and no proof served as basis that it was important for him to have the certificate and then to go to a vocational school. His future was not more important compared to fear which he experienced”,  says Lorina Ghitu, program manager at CCF-Moldova.

The abuses experienced by children, determined the association CCF-Moldova to notify the law bodies, and a criminal case was opened against the former director of the auxiliary boarding school from Grinauti Moldova.

School and the social assistant have a decisive role

All children who lived in the boarding school, reintegrated in their families, together with parents or relatives and only some of them are placed in alternative services – professional parental assistance and family type homes for children.

To this effect, CCF-Moldova together with local authorities assessed each case, so that all children benefit from better conditions for living and education.  Parents who did not take care of the children when the latter was in boarding school, benefited from psychological support and trainings. The organization continues to monitor the family for a year period and in some cases, more time. Later, this responsibility is assumed by local authorities- to protect the child and family.

School’s involvement is also important for successful integration. A special function- support teacher was established some years ago aimed to assist children with difficulties. According to Virgina Rusnac, director of the Republican Center of Psycho-pedagogical Assistance, currently there are over 700 such specialists in educational institutions in the country, by ten times more than 4 years ago. It is good that we have support teachers but it is better to have a mechanism of quality identification and level of these specialists’ involvement in the progress of children which they assist”, says Virginia Rusnac.

While the educational system must back the pupil at school, the social assistant from the locality is responsible for family reintegration. Such specialists are obliged to monitor each case and intervene if there are problems.

Viorica Dumbraveanu, deputy-minister of Labor, Social Protection and Family says that the state has many mechanisms to help families in situation of crisis and prevent separation of children from parents.” We implemented the service of family support at national level. It has many components depending on the needs of each family”, says Viorica Dumbraveanu.  Thus, some parents are helped to fill in IDs which they have never had, to find a job or settle other problems.” Financial means is provided if there are financial problems. There is a possibility to stop this aid so as to prevent a dependence of the family”, said the deputy-minister.

Contacted by the journalists from the Center for Investigative Journalism, Minister of Education Corina Fusu said that the changes in the system are performed with difficulty. “Obviously, it is complicated to revise the attitude for this category of children who in the soviet period were isolated in special institutions.  Now, we follow the path of inclusion and it is a success”, said the minister.

The number of institutionalized children dropped from 11 500 in 2007 to 3 800 in 2014 since the residential system of children protection was reformed in Moldova.