Thousands of children in the Republic of Moldova meet their parents once in several years. Relatives or random people take care of these children who most often end up in the statistics about violence and abuse. Authorities say that such cases can be prevented if parents before leaving, award guardianship over the child to a relative or someone they trust. In turn, parents say that in some cases, the procedure is too cumbersome and collecting necessary set of documents can last for weeks.

A surgery, enrollment in school or kindergarten or filling in IDs are impossible to carry out without parents or a legal representative. For several years, parents who travel away from home have had a mechanism by which they can entrust their children to a family member who stays in the country and takes full responsibility of their security. In legal language, this procedure is called temporary guardianship that ceases when the parent returns home. The authorities assure us that this procedure is very simple and starts with filling in a guardianship request at Mayoralty. While in some settlements, this mechanism works properly, in others –bureaucracy makes it almost useless.

Two pupils from the IX- grade in district Hancesti risk not taking the graduation exam in gymnasium this year. The reason- they do not have IDs. The documents cannot be filled in without the consent of their parents, who work abroad. This problem could be prevented if parents awarded guardianship over their children to a reliable person.

Valentina Tonu, the head of the district Division of Education, Youth and Sports said that the school tried to settle this problem, so that the two teens can take the exam together with their peers. "I discussed with the direction of social assistance and family protection and with the office for population evidence. We hope to solve this problem so that students can get IDs", said the civil servant. 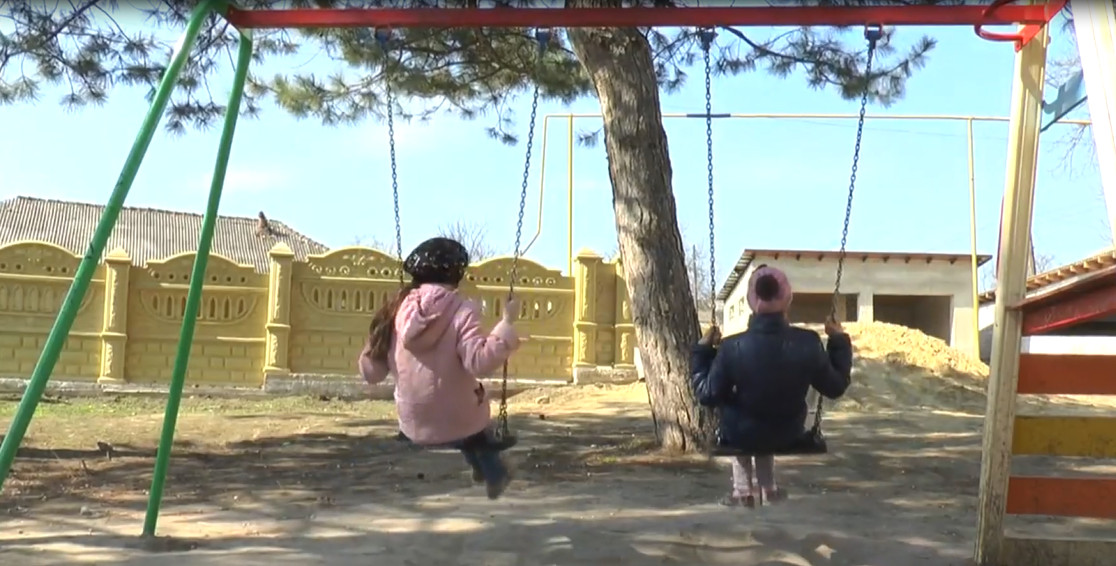 Guardian is necessary in medical emergencies

In the absence of a legal representative of the child, medical emergencies are performed with difficulties. A current prescription of the Ministry of Health prohibits carrying of emergencies without parents or legal representatives’ consent. Authorities had recently settled an extreme situation in district Straseni, when a child home alone was operated on for acute appendicitis. "The child had to be operated, but the agreement of the legal representative was necessary. I found a grandmother and I asked for her permission. The doctors were right. Parents are charged in this case because they did not award any official guardianship over their children when they left the country", says Eugenia Mata,  methodist in the district Division for Education, Youth and Sport in Straseni. 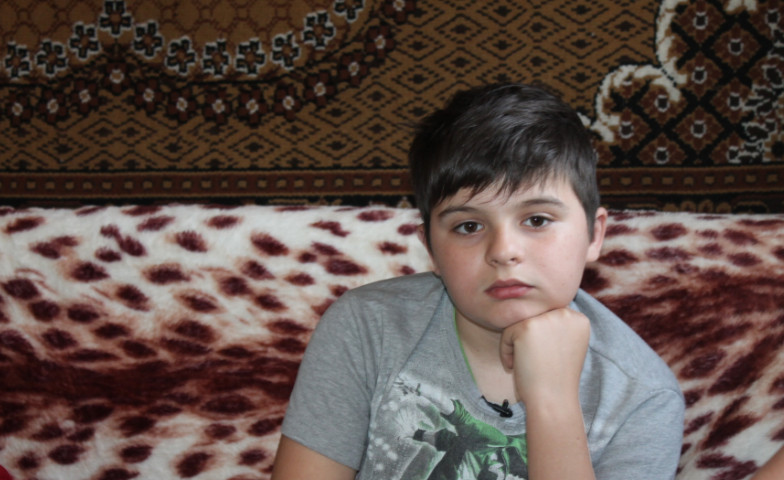 Authorities say that they simplified the procedure

To prevent such situations, the authorities decided to simplify the procedure of awarding guardianship over the children of migrants. According to Viorica Dumbraveanu, Deputy Minister of Labour, Social Protection and Family, parents who go abroad for a period of more than three months are required by law to notify the authorities and to legalize a form of protection such as temporary guardianship or trusteeship.

Deputy Minister assured us that the procedure does not involve extra costs and does not last too long. "Medical certificate or characteristics are not necessary.  An assessment is made whether the person is really able to provide childcare and educate the child. Subsequently, upon the order of the mayor, guardianship or trusteeship are established ", said the Deputy Minister. Viorica Dumbraveanu points that the law is permissive for parents who want to establish post-factum guardianship, after they have gone abroad. " The law does not request authentication of the request approved or its submission by the signer. Parents can award the legal guardianship document to the guardianship authority by mail or fax. It is important to have parental consent to establish guardianship on behalf of the person who takes care of the child", said the deputy minister.

Bureaucracy in Mayor’s Office in  Orhei

The situation is quite different in districts, in spite of the fact that the officials give us assurances that the procedure is simple. In Orhei, for example, we find two absolutely opposite practices of establishing guardianship over the children of migrants. While in the villages of the district, the procedure takes only 2-3 days, in Orhei City Hall parents have to present dozens of documents that are issued in some weeks. Experts in child protection say that bureaucracy frightens parents and potential tutors. Titles of necessary documents do not fit on two pages - except the request , they need a number of references, autobiographies, medical certificates, certificates about the componence of  family and documents confirming ownership of the house- document, for which the applicants must pay a fee to the state. 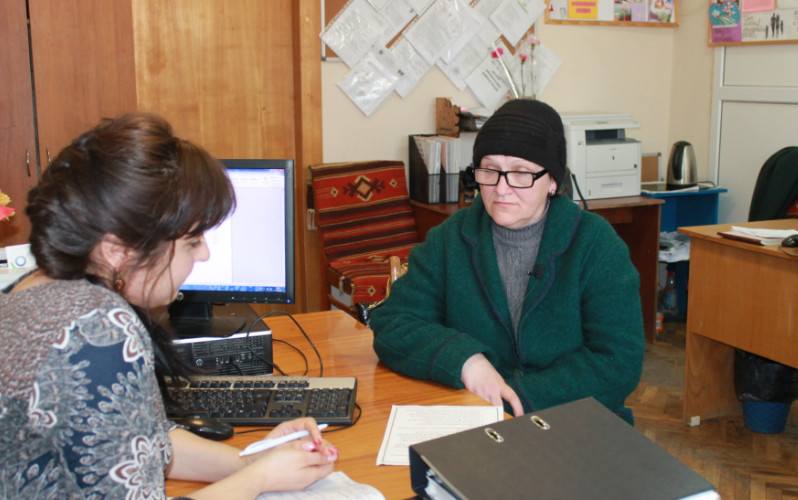 Ludmila Grigoriev, a pensioner from Orhei went to the Mayoralty several times until she managed to establish guardianship over her nephew Veaceslav which she takes care of from the age of 3 months. The boy is 13 now and the need to establish guardianship over him was necessary when grandmother decided to apply for a passport. “We wanted to go to a resort but we could not leave the country without passport. He was taken to hospital, he had acute appendicitis and as I was not a guardian, I solved the problem with difficulties", says the woman. 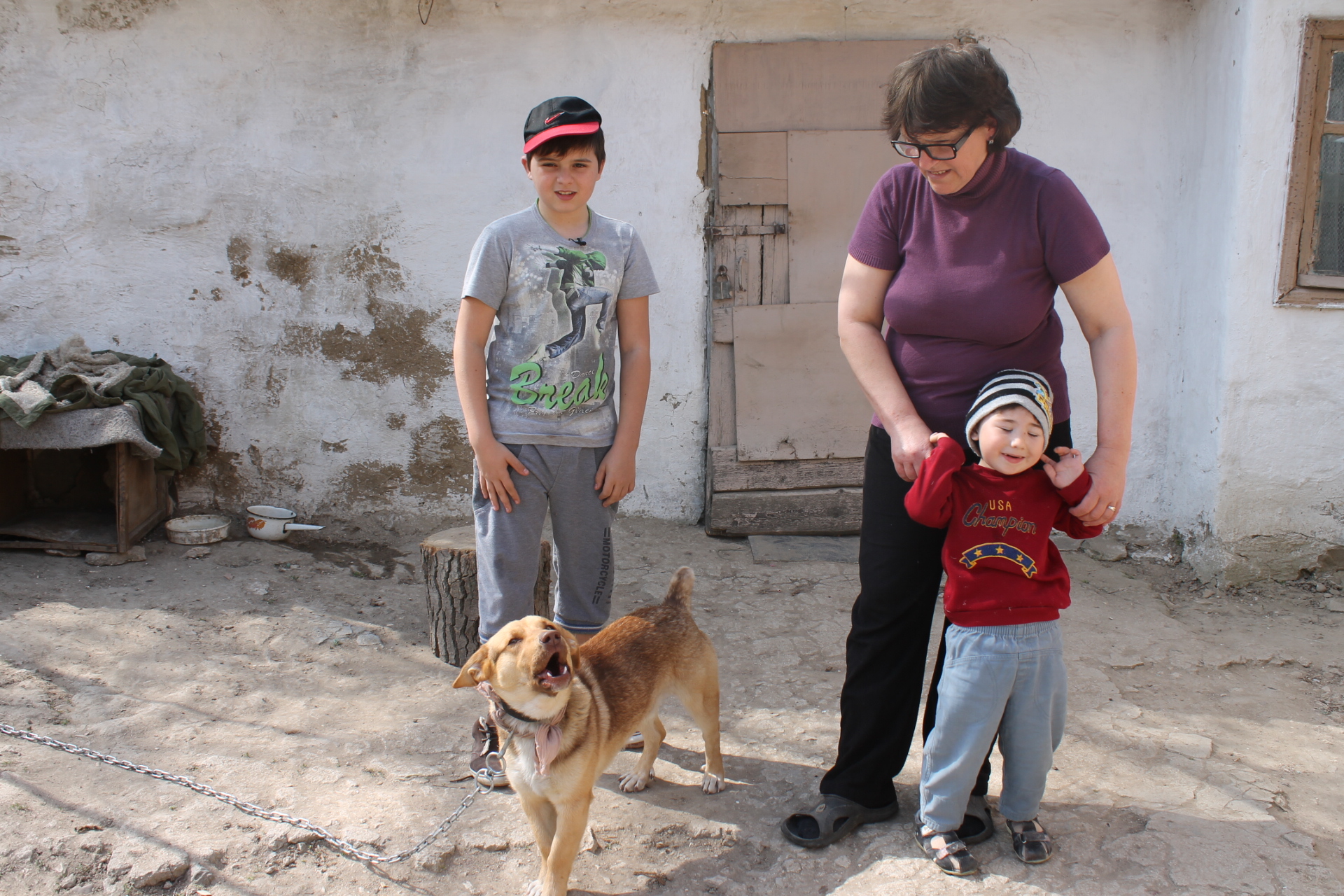 The whole procedure lasted about two months; the most difficult part is collecting all necessary documents. Now, after the City Hall has tightened the rules, she said that she would never bring all the necessary documents and she would not ever meet all the requirements imposed by the authorities.

We do not own a house, we rent it. I'm retired, that is why, I do not meet several conditions put out by the city hall", said Ludmila Grigoriev. The woman’s view is shared by experts in child protection. Valentina Lazari, social assistant, supervisor at Orhei  Mayor’s Office says that the list of acts is exaggerated and it does not encourage, but scares guardianship applicants.

"I know that they want to protect children from trafficking and other dangers. But, unfortunately, such impediments scare the recipient ". Specialists tell us that the evaluation performed by the social assistant covers living conditions, family income and problems. "Accordingly, I consider that additional documents requested by the authorities are not necessary. Autobiography of the applicant, the right to housing, these are not important aspects. I believe that this should not be an obstacle", says Valentina Lazar.

Unlike the mayoralty in the town, in other settlements of the district, establishing guardianship procedure takes about a week and the number of necessary documents is much smaller. Specialists from the district division of social assistance said that about 28 temporary guardianship documents were registered at the beginning of the year in the district’s mayoralties. 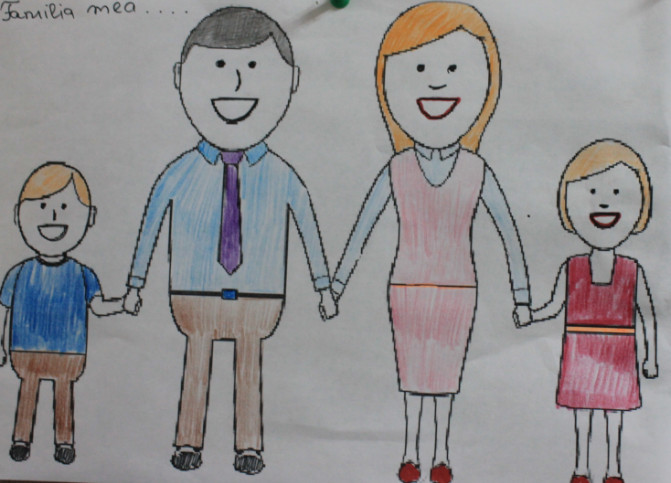 "If guardianship is not established, the risks for the child are very high -he cannot be abandoned and is not legally represented in institutions. In these cases, the mature who takes care of the child, cannot be held accountable because he is not legal representative of the child, "says Mariana Railean.

In village Clisova,  district Orhei,  the social assistant Maria Gherciu tries to convince all parents who leave for abroad to present to the Mayoralty all set of documents necessary to establish the guardianship. "We strive for every child who lacks parental care. Over the years more and more parents inform the Mayor’s office before they leave. We establish guardianship for grandparents, relatives, other members of extended families. We work and monitor the situation of these children, we check the child’s attendance at school, kindergarten and medical institutions", says the social assistant.

In Peresecina, a village in district Orhei, with a population of over 5000 inhabitants, many migrants leave their children in the care of authorized people when they move abroad. Social assistant, Galina Gaiduc gives us assurances that the procedure is not complicated and that so far, 42 families have awarded guardianship of their children to a guardian, before they went to work abroad.

Ala Tutunari, 28 from village Peresecina is a tutor for her younger sister - Cristina, 10 years old. She has two small children at home and she takes care of the elder sister after parents went to work abroad. 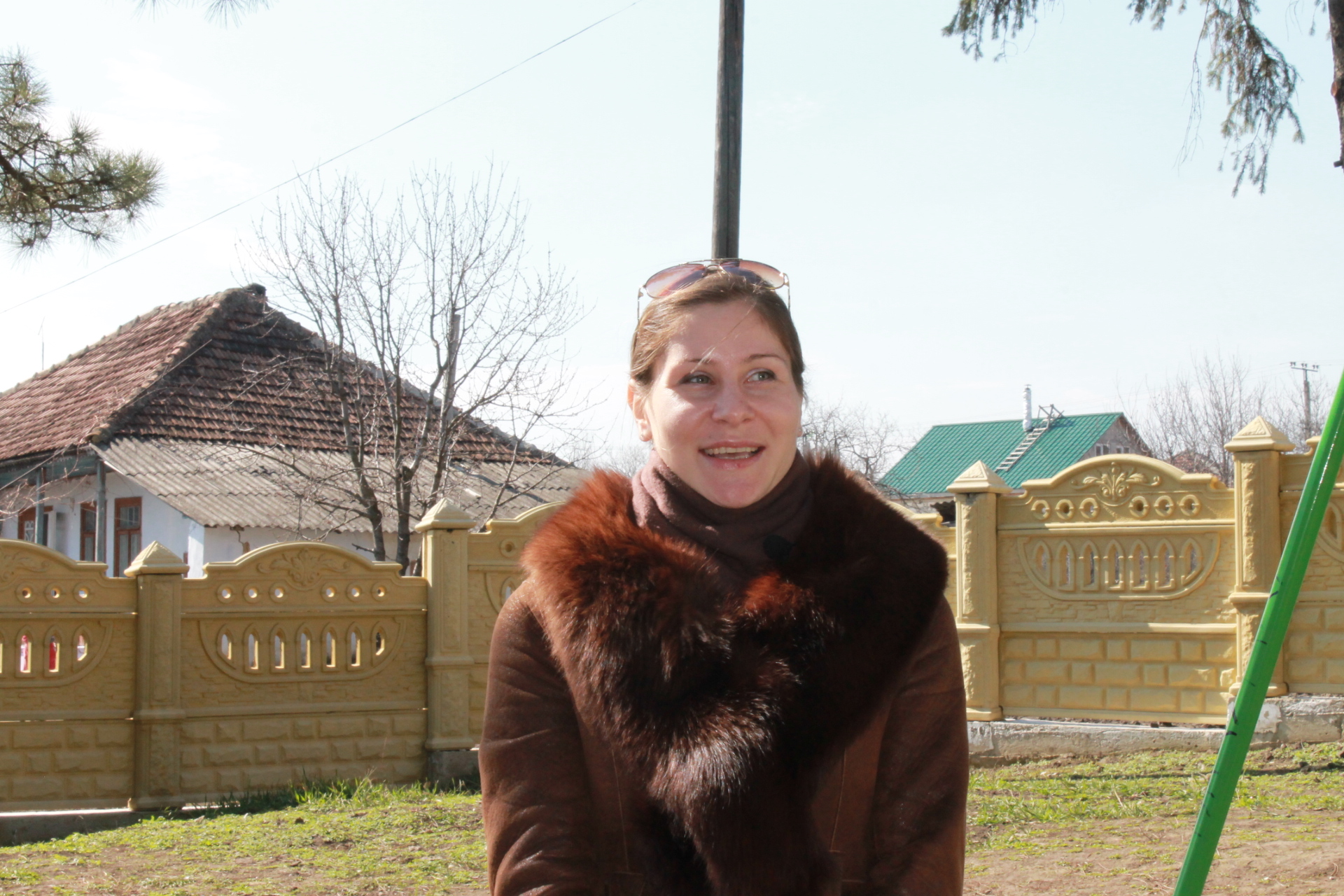 "The social assistant from this village informed me about the necessity of this procedure. I told parents to prepare all documents and I filed a request to Mayor’s Office. The procedure lasted three days. Now, I am calm, because I am a legal guardian of the child in the period when father and mother are abroad", says Ala.

Ministry of Labor states that at republican level, there are about 50 thousands children whose parents work abroad. However, the authorities say that it is about officially registered cases by social assistants in the country. Unofficially, there are 100 000 children of migrants at country level.

Responsibility for children left without parental care (ie children in difficulty or those at risk) is "shared" between the Ministry of Social Protection, Ministry of Education, Interior Ministry, Ministry of Health and the National Social Insurance House. Social assistants, mayors, teachers, doctors and other specialists are responsible for these children at local level.

Given an ineffective system of "evidence" of children left home alone, authorities are forced to look at some figures that are far removed from reality.

A government decision currently in force is forcing migrants who go to work legally, to present at border crossings a document proving that he has delegated to someone guardianship over the child. Most Moldovans go abroad illegally. In their case, this obligation cannot be applied. 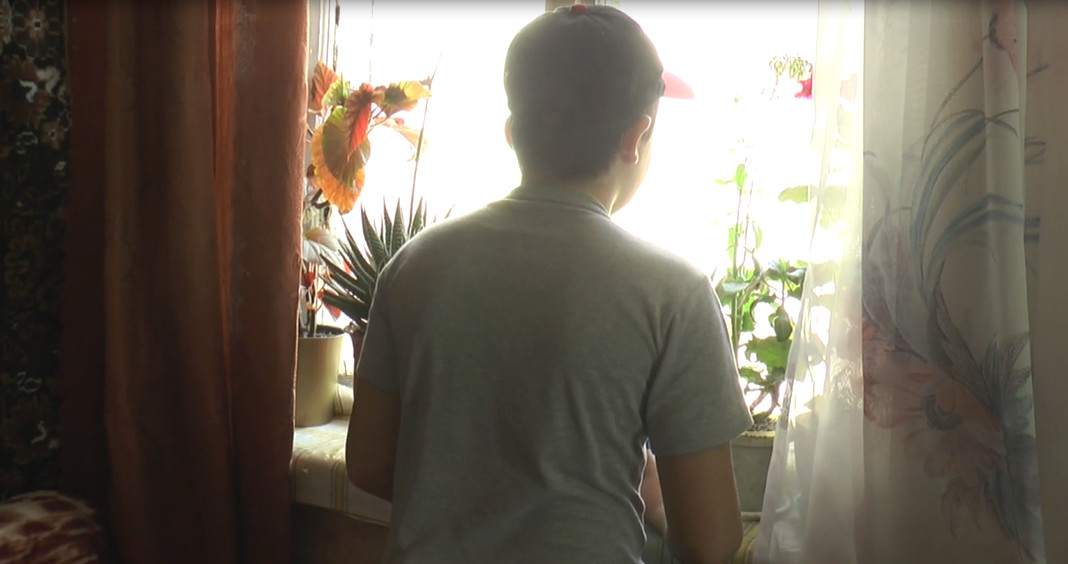 Representatives of NGOs specialized in child protection say that the state is directly responsible for informing parents so that before leaving, they should fill in all acts for establishing temporary guardianship over the child.

Cezar Gavriliuc, president of the Child Rights Information Center said that authorities should better inform the public. "Unfortunately, the authorities have blaming attitudes to parents who do not take precautions when they go abroad. Authorities do little to solve this, especially in rural regions, mayors and social workers know all families where one or both parents go to work abroad. That's actually their task - to communicate with people, to explain the law, to request them to come to the Mayor’s Office and establish guardianship over their children", says Cezar Gavriliuc.

Cezar Gavriliuc believes that authorities, mainly at central level should have a firmer stance in this regard and request relevant bodies to inform parents. "To my knowledge, mayors were punished for not doing work properly of for not fulfilling job duties," says Gavriliuc.

According to a study on the situation of migrant children, more than 100 thousand children have one or both parents working abroad. Grandparents or distant relatives take care of most of these children.